Home Uncategorized Have you seen Jen and Margaret’s Great Help for Fairy Meadows ?

Have you seen Jen and Margaret’s Great Help for Fairy Meadows ?

People all over the country have been helping raise £ to make Fairy Meadows by selling cakes at school, work or to friends but Jen Dayton and her friend Margaret have taken things a step further.  In recent weeks they’ve made cakes a regular fundraiser for us at the busy Delph’s Kitchen café. Office workers, builders and other customers are doing their bit for children nature, bite by bite. So far they have raised over £60 ! 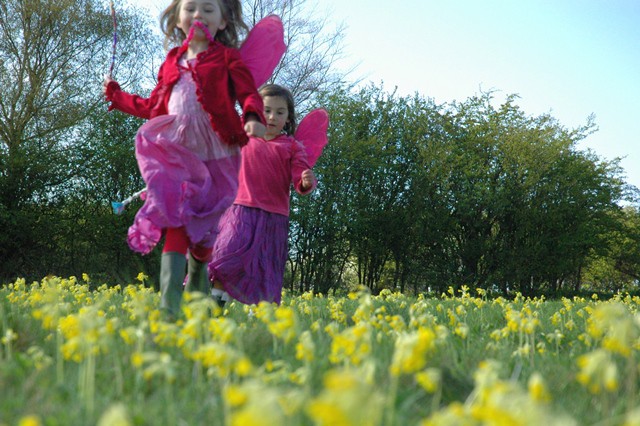 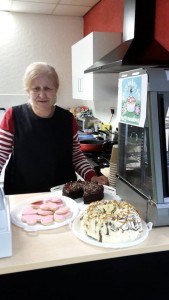 above: running in Cowslips and Margaret raising funds for meadows from cakes at Delph’s Kitchen

Fairyland Trust Supporter Jen Dayton and Margaret who runs Delph Café at Delph near Oldham, says: “I couldn’t resist getting involved in the Fairy Cakes for Fairy Meadows campaign. What’s not to love about it?!”

“I’ve always loved baking” says Jen “but as my children have grown up & left home & my husband doesn’t eat cakes I don’t bake as often as I used to.  Then he bought me a food processor for Christmas and it rekindled my love of baking. I was in my element inviting friends for afternoon tea  & counting down the days to birthdays so I could produce my next masterpiece. I started to take cakes in for my work colleagues who of course were only too happy ! Then I heard about the Fairy Cakes for Fairy Meadows campaign. I wanted to join in, share my love of cakes with more and more people and spread the word about the fantastic work of Fairyland Trust”.

Margaret at Delph’s Kitchen sells cakes for the Trust twice a week now and her customers are enthusiastic supporters of the campaign, often donating small change as well as buying cakes. It soon mounts up. They say “It’s really captured customer’s imagination and people ask for updates on the fundraising as well as other work the Fairyland Trust does”.

Vicky Eyles, co-ordinator of Fairy Cakes for Fairy Meadows points out “The interesting thing is that in the Café, Margaret and Jen have found the best sellers are big cakes. We don’t mind what size they are – it all helps the fairies, nature and children ! I’d love to hear from someone else who has a café or canteen which can help sell some cakes for Fairy Meadows”.

Best Sellers – some advice from Jen:

“I have experimented with fairy cakes and glitter but most of the customers are workers who want a substantial chunk of cake to keep them going. We find that the chocolate cake with butter icing, carrot cake and lemon drizzle are the best sellers. These are the most popular recipes so I stick to them for now, as I know they will sell out in a day. We also tried different size tins and quantity of cake mix to get the best return from the ingredient cost so we could give the customers a decent size slice of cake while making the most money for Fairyland Trust. You have to be adaptable and listen to what your customers want. I am going to look for another cafe to sell my cakes now and I will be asking them what their best sellers are and trying to provide what they want. That’s the best advice I can give anyone else thinking of having a go”.

Jen, who is planning to bring her grandchildren to this year’s Fairy Fair, adds:

“Personally I also enjoy dainty tea parties so next time I have the girls round  we will get out the china tea cups & doilies and fairy cakes with edible glitter of course ! I can’t wait for Summer and fairy themed garden parties.”

Vicky says: “A huge thank you to Margaret and Jen from the Fairyland Trust for the genius deal they’ve cooked up – but most of all to all their wonderful customers. Stay hungry, eat more cake and make meadows !”.