Home Uncategorized The Swifts are Coming !

The Swifts are Coming !

Britain’s fastest birds* are about to return to our skies.  Around the first week of May, swifts reach us after flying back from Africa where they spend most of the year.   Have you seen any yet ? Please let us know by email, or twitter (@fairylandtrust) or on Facebook   and help us raise awareness of these lovely but threatened birds, and what we all can do to help them (see below).

One of Nature’s Surest Timekeepers 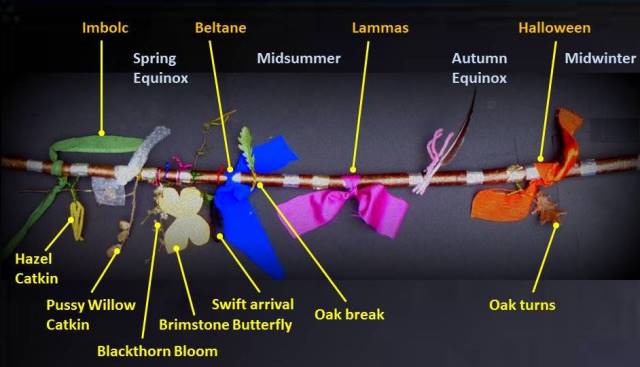 Did you know that a black feather marks their arrival on an Elf Stick, or ‘magical stick of time’ which you can make if you do our Elf Stick Workshop  at the Fairy Fair  ?

Swifts are one of nature’s ‘signs of time’ which people would have used before paper calendars or Roman months of the year were invented, along with the key movements of the Sun (midwinter, spring/ autumn equinox and Midsummer), and the phases of the Moon, to tell ‘the time’.  That would have been vital for knowing when to go hunting, search for potion plants or sow and  harvest crops.

Swifts are some of the very most regular migrants, often arriving in a particular street or village on nearly the same day each year.  (Here in North Norfolk it’s usually in the first week of May when they arrive, one or two one day and then dozens the next).

Swifts are true birds of our summer: arriving in May at the peak of Spring and nearly all gone by the end of July.  In that short window they return to a favoured nest hole, almost always in a building (although in nature cliff holes or holes in tall trees might have been used), lay their eggs and raise their young, and then depart. 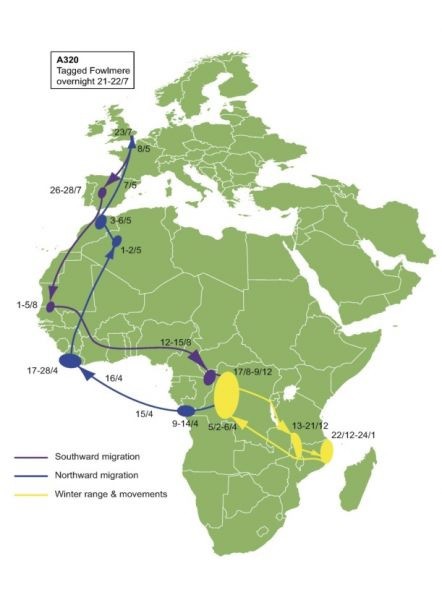 above: the incredible annual migration of a British swift (see BTO story below) – from Fowlmere in Cambridgeshire

Before the school summer holidays are over they are back in West Africa and by Christmas, many of our swifts may be flying high in the East African skies over Mozambique, along the Indian Ocean.  On the return journey to Britain, these most aerial of all birds can go so fast that they are in Spain one day, and England the next !   Remarkably, swifts stay airborne all year apart from when they nest (see below ‘Extraordinary Facts’).

There is no better time to become aware of swifts than now, and particularly because like so many of our most loved birds they are in deep trouble.  Swift numbers have tumbled by a third since 1995.

An important reason is the blocking up of old nest holes as people ‘improve’ buildings.  You can help by leaving spaces under tiles or eaves or putting up swift boxes on the outside of buildings, or built into new ones.  People all over the world are now doing this to try and help swifts.

How to Help Swifts 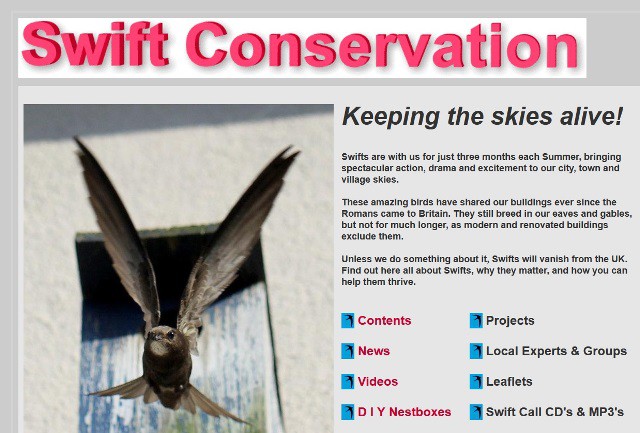 The voluntary organisation Swift Conservation run by Edward Mayer has hundreds of pictures, lots of info’ and great practical advice for how to make your house, building, village or town swift friendly ! 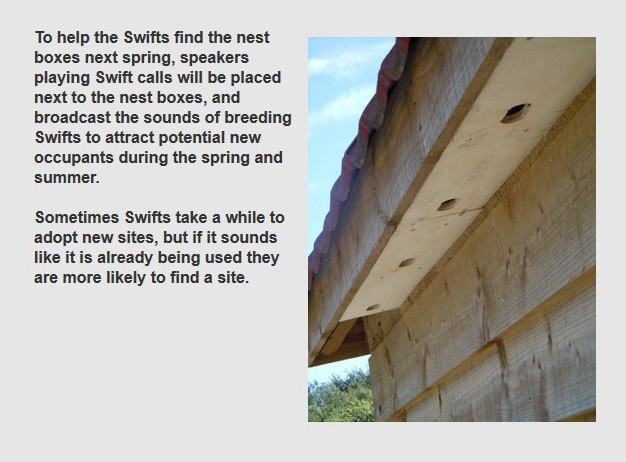 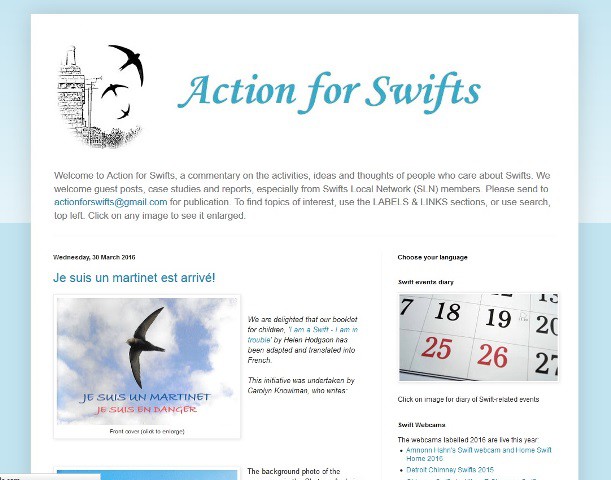 Action for Swifts is a network of volunteers involved both in swift rescue (as when a baby falls from the nest) and in community action. 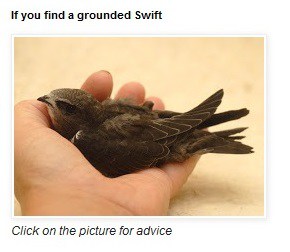 For instance Judith Wakelam at Worlington in Suffolk has helped start several projects since 2008 to equip cottages and buildings such as All Saint’s Church with swift nesting spaces.  The church now has 26 breeding pairs. Worlington has a swift event every other year but you can always arrange to visit the church.   Contact Judith by email or on 01638 715971 if you need advice or to rescue a fallen swift. 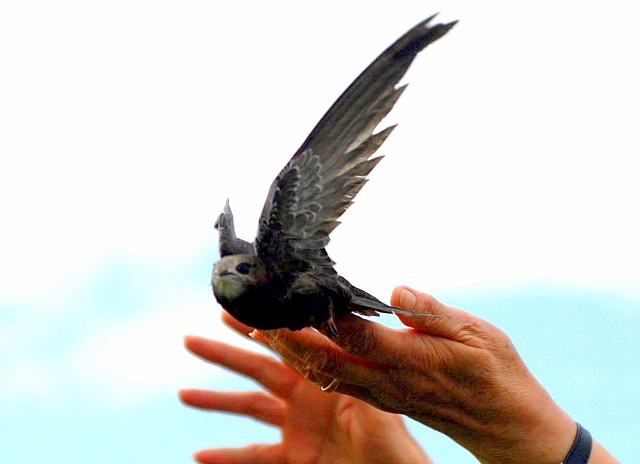 Harleston in Suffolk has gone a step or two further by putting up celebratory flags to welcome the swifts back each year. 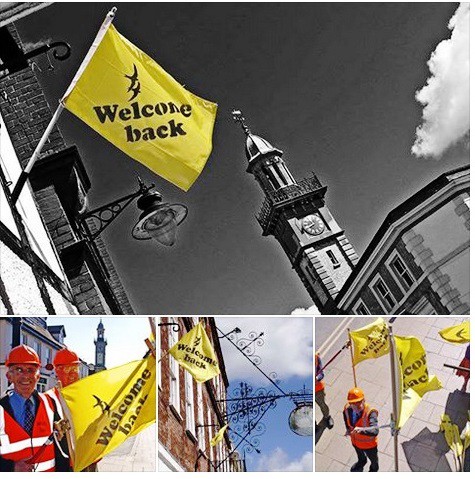 You can see their great work on Facebook https://www.facebook.com/HarlestonsFuture/  where people are now making flags to decorate the town and welcome back the swifts in May, and also swift nest boxes. For more information contact Fiona Smith of Hareleston’s Future, a voluntary community group.  If other towns followed their example we might help reverse the decline. 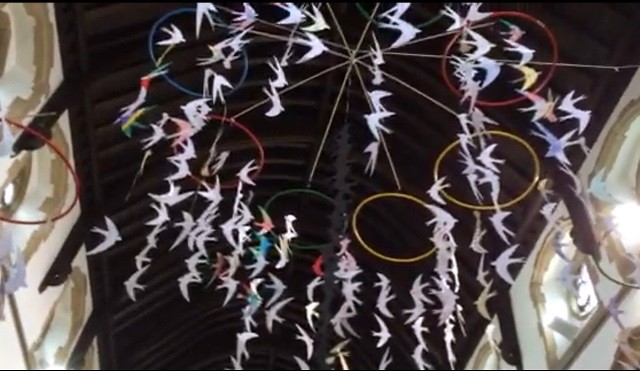 Harleston children coloured this lovely mobile of swifts for their church.

See some news coverage from Harleston here and here.

Edward Mayer of Swift Conservation writes:  ‘Swifts nest almost only in pre-1944 buildings. While 10% of homes built before 1919 can house Swifts, the figure for inter-war housing is 7%, and for post-1944 housing only 1.4%. Post-2000 it is probably nil. This is because the techniques and materials used in modern buildings deny Swifts access to breed, it’s the same with refurbished or re-roofed older buildings’.  So if you know of a refurbishment near you, get them to make it swift friendly ! 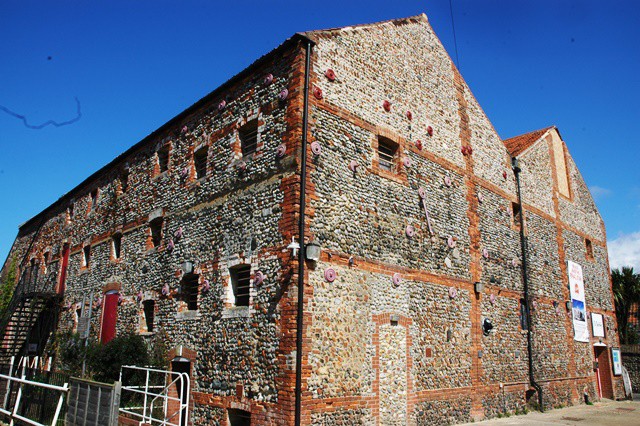 Wells Maltings – due to have spaces for swifts

Becky Jeffcoate project manager in charge of a major refurbishment at the historic Wells Maltings
in Wells next the Sea, says they plan to build in swift nesting places on the south side.  Architects and property developers can all build in swift spaces in new buildings.

We can all also help swifts by buying organic food and avoiding pesticide use in our work or gardens, as the massive reduction in flying insects, which they feed upon, is probably another major factor in causing their decline. 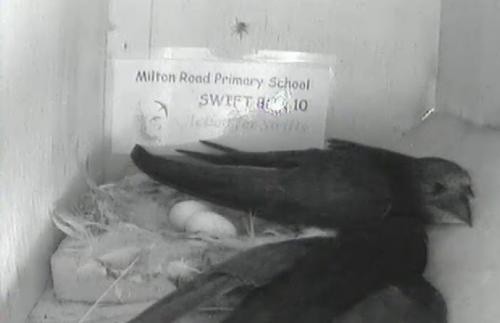 Milton Primary School has a swift nest box webcam – check it out to see when the swifts arrive. This There’s another one in Oxford
How to Identify Swifts 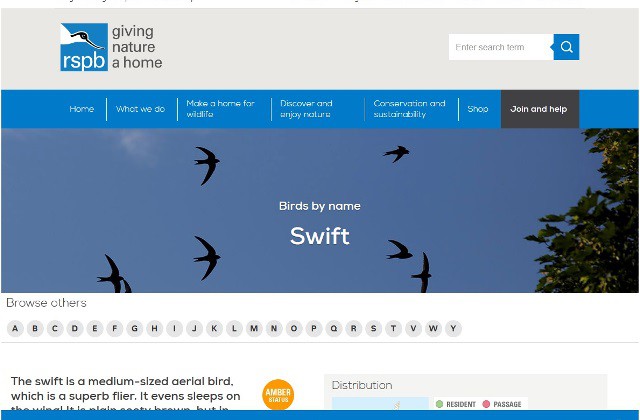 Visit this page for identification tips

Swifts are a similar shape to swallows and house martins but are bigger, darker and have a ‘screaming’ call.  They are social and often fly in ‘screaming parties’.   See this RSPB video of flying swifts.

Finding Out About Swifts

The Thetford-based British Trust for Ornithology have been conducting a lot of swift research to better understand these amazing birds.  By putting geotags on swifts they have been able to reveal their extraordinary travelling ability. 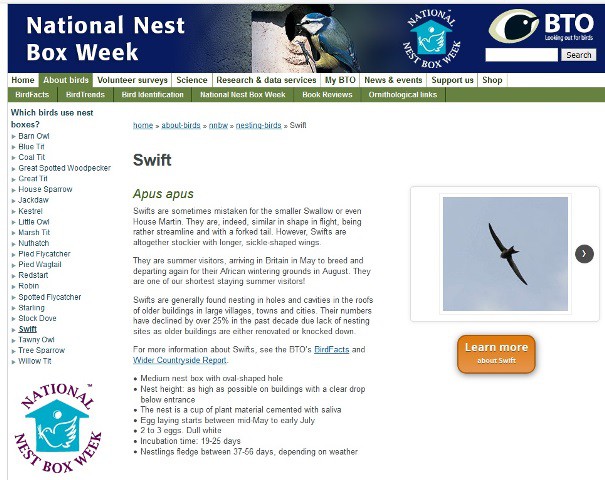 The BTO scientists write: ‘Swifts live up to their name, with one individual taking only 5 days to travel 5,000 km from West Africa back to the UK’.  Download a short article here http://www.bto.org/sites/default/files/u49/BTO_299_16-17Swifts.pdf 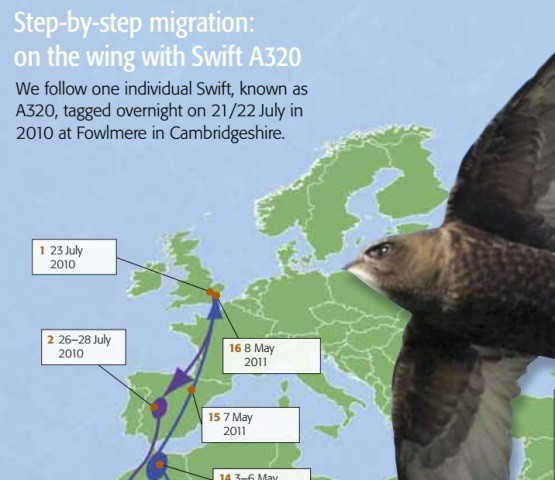 For its size, the swift lives a long time: on average about 5.5 years.  One bird in Oxford was shown to be at least 18 years old.  It’s reckoned that this bird flew, in its lifetime, about 4 million miles, the same as flying to the moon and back 8 times!

They almost never land – except at their nest sites – doing everything on the wing (drinking, eating, mating, even sleeping)

They can sleep on the wing – a French Airman in the 1914-18 war glided down with engines
off behind enemy lines. At 10,000 feet he found himself amongst birds apparently
motionless.  They were swifts.

They seem to bathe by flying relatively slowly through falling rain

Swifts can’t feed in wet weather in the UK, so fly around storms to find dry areas – the only
UK birds to do this.

Food can be scarce in bad weather – the chicks can go cold and torpid and survive for days without food, then regain weight rapidly once supplies resume. Most baby birds can’t do this and would simply die within hours.  [It is often said that they can fly hundreds of miles to find food for their young – for example to the Bay of Biscay from the UK and back again].

Each ball of food brought to the babies (the parents hold it in their gut) weighs just over a gram, and contains 300 – 1000 individual insects and spiders.

Breeding pairs sleep in their boxes – it appears to be the young non-breeders that spent the
night up in the dark
(Edited/reproduced from the RSPB fact sheet here).

On 22 April the BTO migration blog said  ‘Swifts have put in an early appearance with individual birds cropping up in several counties, with two birds making it as far north as Yorkshire and Lancashire’.   So take a look at the skies and let us know when you first see a swift !