Home Uncategorized Wizards, Fairies and Elves: Where to Find Them Now (Part 3)

Wizards, Fairies and Elves: Where to Find Them Now (Part 3)

Thinking about what to do this weekend or next week while the school holidays are still on and the weather is improving ?  Why not get out and look for some wizards, fairies and other magical creatures ?  Here are a few ideas as to where you might find them.

The Spring Equinox has just passed and nature is stepping up a gear.  So some great and magical trees and flowers are coming into flower and leaf.  Many of these are traditionally associated with magical beings, even Robin Hood, so it’s a good place to start.   For example:

Many magical flowers are called “Robin” and though his true origins are lost in the mists of time, ‘Robin Hood’ is a traditional magical figure, not just an ‘outlaw’.

The Herb Robert is an common and adaptable little flower with pink petals, a red stem, geranium type leaves and in the autumn, a long ‘cranes-bill’ style seed pod.  It has many powerful magical associations and you may find it in hedgerows, woodland edges, and parks and gardens as well as amongst old bricks and stones, where people have not used too many chemical killing-sprays.

In some places it is in flower now and if not, it soon will be.   Because of the long pointy seed pods it is also known as ‘Puck’s Needle’.   The name “Puck” is of course a magical fairy name, as is Robin Goodfellow.  In Shakespeare’s play Midsummer Night’s Eve he is ‘a clever, mischievous elf, sprite or jester that personifies the wise knave’, the jester for the Fairy King.

It has dozens of other old local names including Dragons Blood, Gipsy Flower, Jack Horner, Robin, Robin Flower and (in Devon and Somerset) Robin Hood.   Geoffery Grisgson who recorded these folk names says  ‘I suspect it was the plant of the House Goblin, our own Robin Goodfellow, the Scottish “Brownie”’.  He notes that it is ‘an old suggestion that Robin Hood grew out of elf into outlaw”.  The reason why perhaps, that both are mixed up in our minds as being ‘from the green wood’ ?

Blackthorn (look out for wizards and witches) 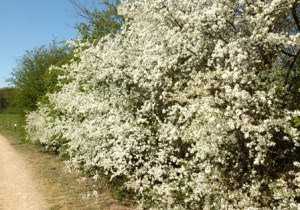 Used to make ‘Shillelaghs’ (hard wooden fighting sticks) in Ireland, and in the traditional garland to put around the top of a Maypole.  Blackthorn likes well drained soils and has an abundance of small frothy white flowers and a very dark almost black bark with long straight spines.  Beware these as a prick from one can easily turn septic ! 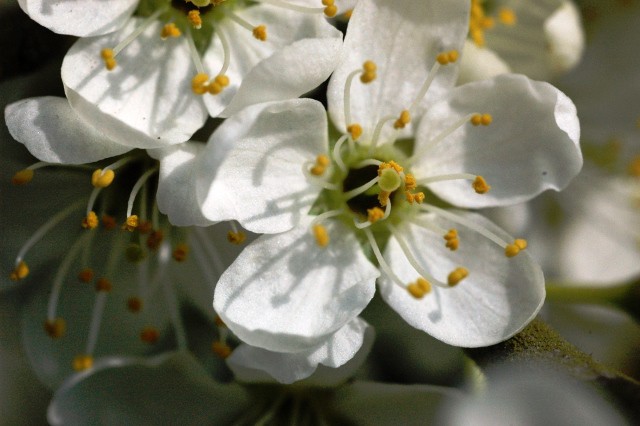 A favourite of birds in the autumn as it produces dark blue sloe berries (acrid to humans but great for making Sloe Gin) it was also used to make wizard and witch wands to divine the future with.  Blackthorn is traditionally a tree of the second chance, associated with a new way of looking at the future, and creativity.  It is usually the first native tree or bush to come into flower in the Spring, and owes its magic to being the first sign of the rising sap and nature’s energy. 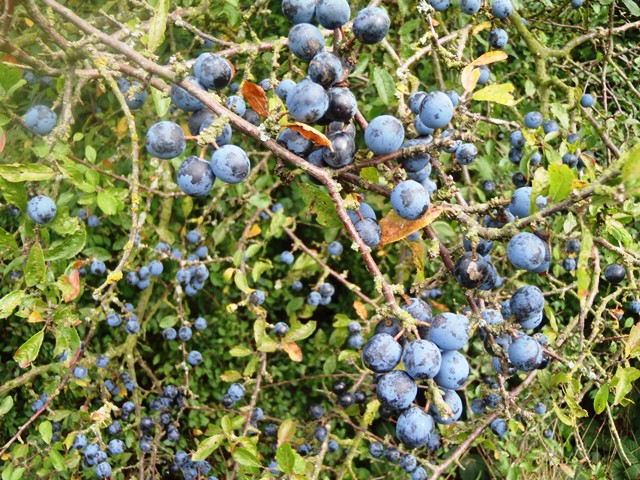 Not to be confused with Hawthorn which is just coming into leaf right now but won’t be in flower for a while, Blackthorn is often used to create stock-proof hedges.  It is the food plant of the caterpillar of the rare black hairstreak butterfly.   In the UK that is only found in Blackthorn thickets on heavy clay soils from Oxford to Peterborough.  Try the RSPB reserve at Otmoor near Oxford or the Wildlife Trust reserve at Glapthorn Cow Pasture in Bedforshire but not until June to see the flying adults.

Birch [look out for fairies, especially in the evening] 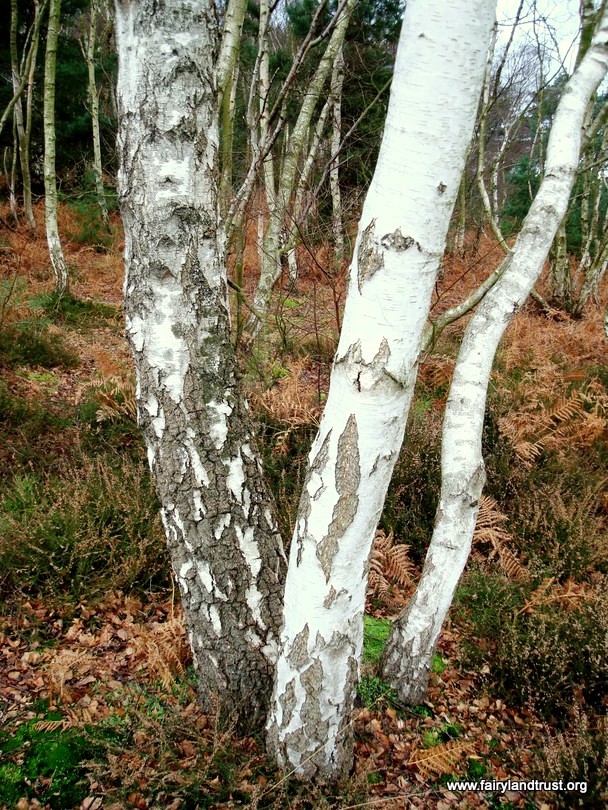 The Silver Birch or ‘Lady in the Woods’ is about to come into leaf and is one of our most beautiful native trees.  Traditionally it is a tree of new beginnings’ and indeed it is often the first tree to colonise open bare ground. 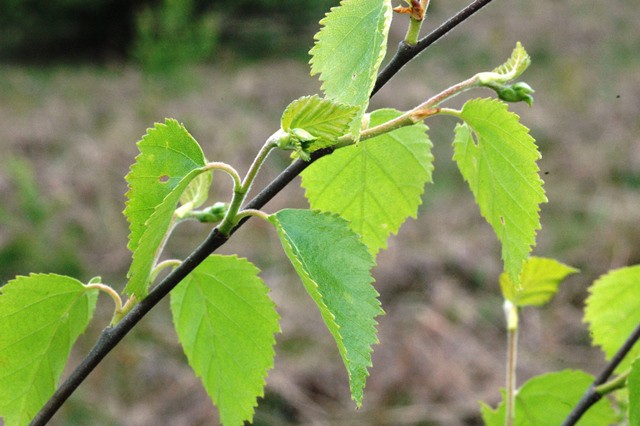 It is wind pollinated, with pollen carried from catkins on the breeze, and is the food plant of many moths including the Lime Hawk-moth, The Satellite, The Yellow Horned Moth and Canary-shouldered Thorn (a  magnificent moth).

Legend has it that the silvery bark glows in the moonlight and is a hallmark of fairy work.   The sap was boiled up to make glue but it also makes good wine or cordial.  The bark peels easily and can be used to make paper to write on.  The twigs go to make besoms or Witches Brooms, and birds such a blue tits love to search it’s foligage for caterpillars to eat and feed their babies on.

Cowslip [look out for fairies] 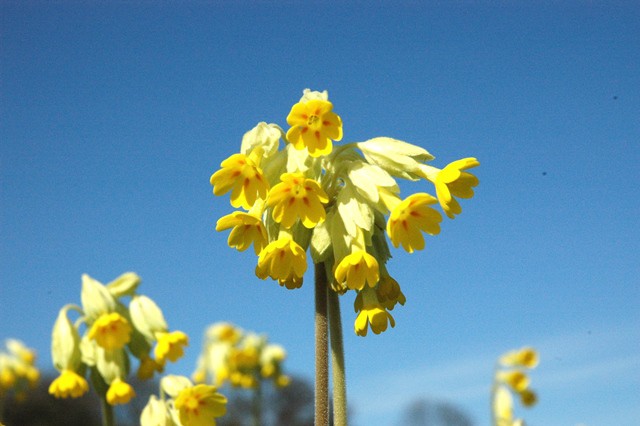 If not now then very soon, the Cowslips are out.  Now scarce but once very common in pastures, Cowslips are associated with traditional cow pastures.  A great place to see thousands of them this month is Courtyard farm near Ringstead in Norfolk. 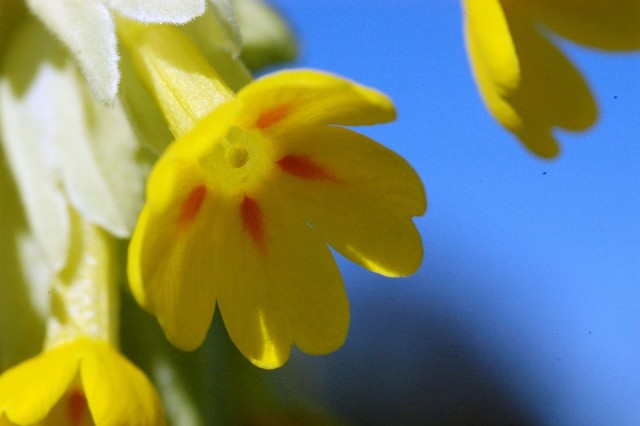 Like a Primrose but with flowers on taller stems, these lovely yellow blooms are steeped in magical tradition. The apricot-sented flowers are good for all early insects. Ariel (a fairy) in Shakespeare’s The Tempest slept in the bell of a cowslip flower.  The fairies are said to have loved the red spots on the petals. 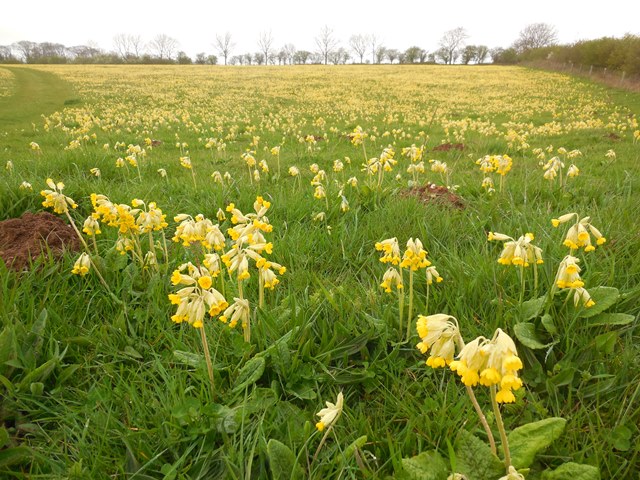 above: Cowslips by the thousand at Courtyard Farm

Daisies [look out for fairies] 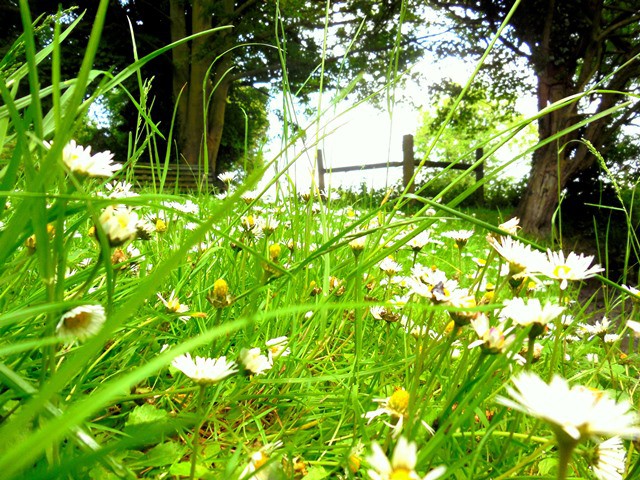 The first sign of spring, some say, is when you can tread on seven daisies with one foot.  (This is why you need a fairy lawn ! – more later).    The word Daisy comes from ‘Day’s Eye’ as the yellow centre represents the sun.  An old belief held that a daisy chain prevented children from being taken away by fairies.

Pussy Willow [look out for wizards] 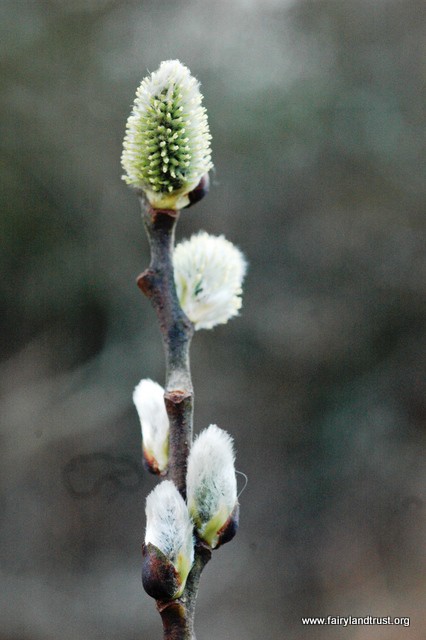 A very important nectar food source for early bumble bees, the furry catkins (known as pussy willow) of some sallow or willow trees.  Wizards believed them to be highly magical as the flowers turned from silver to gold, like alchemy.    A huge variety of insects feed on willows and it is very easy to grow a sallow bush by cutting off a small twig and planting it in damp soil. 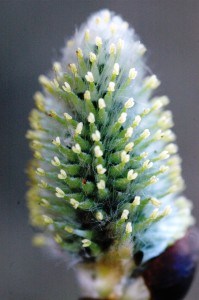 [See also How to See Fairies Part One and Part Two]

Other things you can do:

Look out for wildlife

You may see a few butterflies about when the sun shines.  These are adults that have ‘over wintered’ and are looking for somewhere to lay eggs.  This is a ‘Comma’ butterfly that’s very worn and tattered.  It will be searching out nettles to lay its eggs on, as that’s what the caterpillars like to eat.  (So always leave some nettles in your garden if you can). 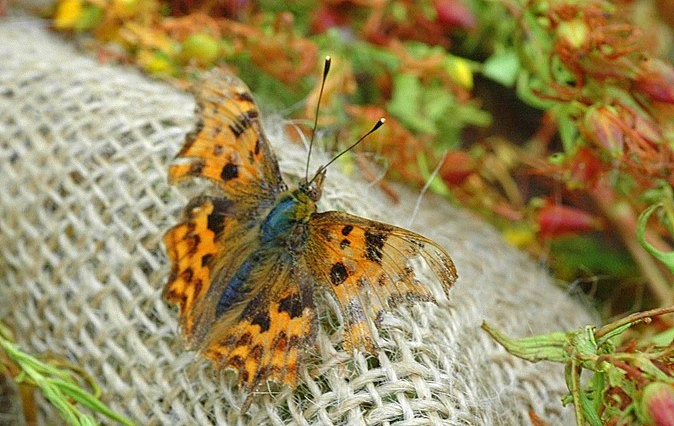 See also what types of Bumble Bee you can see (guide here and iphone app here)  and Ladybirds, which are just now coming out of hibernation (see guide here and a survey to report your sightings here). 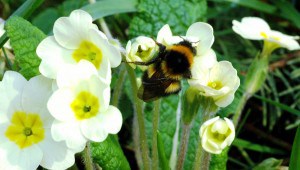 A Queen bumble bee on Primroses 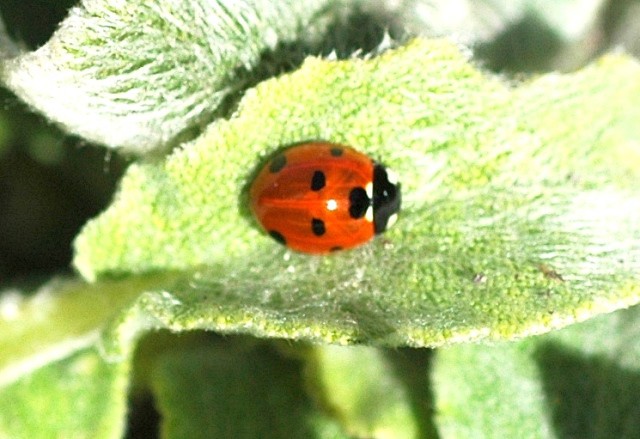 A ladybird in our garden this week but which type is it ?

Plant some wildflowers at home in your garden or just a doorstep pot or window box  !

You can buy a lot of these as ‘plug plants’ (small plants with roots) by post from http://www.wildflowers.co.uk/ who deal only in native British wildflowers, grasses and ferns 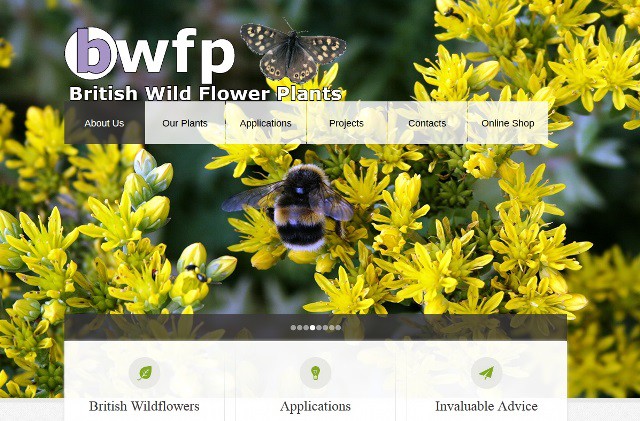 We hope you have fun getting out and finding some nature and magical creatures – and don’t forget to come to the Fairy Fair !  (Tickets only at this website).