Home Uncategorized Why We Do What We Do: Giving Nature-Ability to Children

Why We Do What We Do: Giving Nature-Ability to Children

We’ve been going as a charity devoted to connecting children and families with nature since since 2001.  The next Fairy Fair is May 29th and 30th .  It is the 24th public event we’ve run ourselves (tickets are going fast so book now if you’ve not already done so).

Nearly 70,000 people attended those events such as the Fairy Fair and The Real Halloween but we’ve also sent our Magical Workshops out to many others, reaching over 150,000 in total, and children have filled 77,755 workshop places in that time.  We know because we’ve counted !

We’ve created dozens of Magical Workshops and drop-ins, such as Magic Wands, Fairy Crowns, Fairy Books, Magic Wings, Magic Potions, Fairy Gardens, Magic Shields, Elf Training, Fairy Pets, Caterpillars, Wizard Training, and Magic Lanterns.  Many are seasonally specific.  Each uses authentic folklore of native British plants and wildlife, structured performance and unique stories, and real natural history.   It would have been a lot easier just to send families into the woods with an ‘App’ or an information sheet, or  simply tick a box by ‘getting kids outdoors’ and so reach many more people.

So why go to all this trouble ?

The main reason is that we want to help children to discover nature in ways they enjoy,  in ways that make those discoveries stick because they are embedded in the memory  of positive experiences.    Some generations ago nature-understanding came naturally as it was passed down from parents or grandparents in daily life: today that is much less likely to happen, and while simply playing about outdoors is undoubtedly good for children, it may not leave them any more connected with nature, and therefore more likely to protect it because they know it.

Mending the Broken Connection to Nature

Not long ago a National Trust survey found that

Half could not tell the difference between a bee and a wasp.  On the other hand, nine out of ten were able to correctly name Doctor Who’s enemies or Star Wars’ Jedi Grand Master, Yoda, while a Cambridge University study found that children could identify more Pokémon characters than native British wildlife.   Half of youngsters aged nine to 11 were unable to identify a daddy-long-legs, oak tree, blue tit or bluebell, in a poll by BBC Wildlife Magazine.

This is why our Workshops and activities use natural history and folklore to enable children to learn to know and recognize nature.  For example from Magic Animal Shields, children find out about the real super-powers of Barn Owls and other native wildlife.  In Elf Training they learn calls of wild animals and basic tracking skills, and in Fairy Crowns the colours and shapes of wild flowers of the season, to name but three of our twenty or so Workshops and drop-in activities. 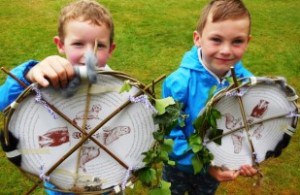 As David Attenborough said,  “The wild world is becoming so remote to children that they miss out, and an interest in the natural world doesn’t grow as it should. Nobody is going protect the natural world unless they understand it.”

US President Ronald Reagan famously said “once you’ve seen one tree, you’ve seen them all”. Obviously he hadn’t done our Magic Wand workshop or he’d have been able to tell his ash from his oak, and maybe from his willow, hawthorn, hazel, blackthorn, birch, apple, or elder.  We don’t want Britain’s children to grow up with his sort of outlook, and nor do most carers and parents. 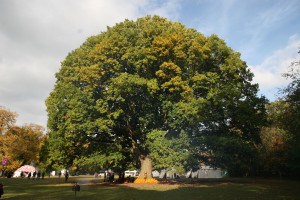 Two years ago a Fairyland Trust survey found 85% of adults agree it “is vital to introduce young children to nature” but that’s become ever harder to do.   Modern lifestyles (more time in cars, less walking along country lanes) are often blamed, along with parental attutudes, TV or ‘the internet’ but  there’s also less nature “out there” to connect with, even for the most motivated parents and children.  (For more on why our children are not being connected with nature see here).

Less Nature to Go Round

In 2013 the State of Nature report found of over three thousand well-studied British species, 60% of species have declined in the last 50 years, over 30% strongly so.  28% of butterflies, hoverflies and moths, all important groups for flower pollination, are in decline.     In 2012, Our Vanishing Flora found that over the C20th,  a plant species became extinct in 16 counties every two years.

This year a government report found that official ‘priority species’ for conservation are scarcer than ever before.  Analysts wrote that  birds, pollinators and habitats are ‘locked in continued decline’ … ‘butterfly populations have crashed’ and  populations of breeding farmland and woodland birds decreased by 54% and 20% between 1970 and 2014.  Two bumble bee species have become extinct and most are becoming rarer.  Even birds like house sparrows, starlings and song thrushes, still described in books as ‘common’, have lost a half or more of their numbers.   Iconic, once familiar birds like the Nightingale are heading for extinction unless radical help is given.   We now have more people named “Nightingale” in Britain than singing nightingales themselves. 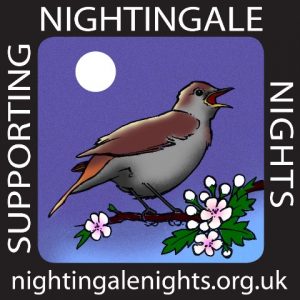 Visit www.nightingalenights.org.uk  to hear recordings and maybe a live broadcast of a Nightingale

The main reason is the impact of decades of intensified farming using dozens of pesticides and other chemicals.  Researchers at Sussex University recently found that bumble bees living in farmland carried far more neonicotinoid pesticides (known to kill them at high doses and to leave them fatally unable to navigate home to their nests at tiny doses), than those in urban areas.  Most of the ‘green and pleasant’ countryside is unfortunately an illusion, so far as wildlife is concerned. 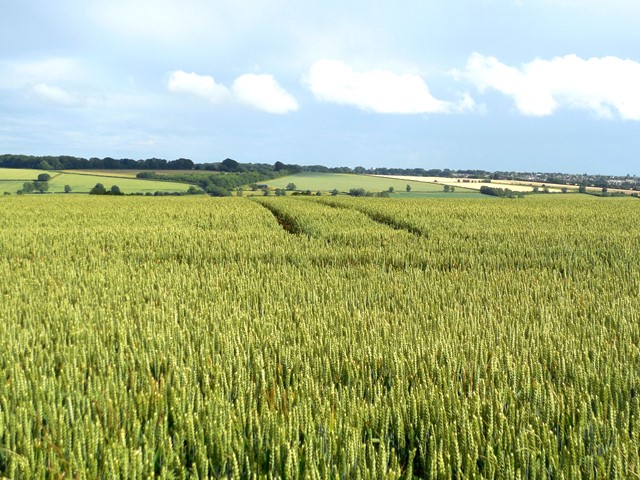 Habitat loss and climate change are also reducing the scope for our children to discover nature.  Many migrant birds may now arrive and over-wintering insects may now emerge at the wrong times to be ‘in synch’ with their natural food supplies.  And intensive farming, development and industrial forestry has decimated many habitats: lowland meadow in England and Wales declined by 97% between the 1930s and 1984,  the area of coppiced woodland fell by at least 90% from 1900 to 1970, and we have lost more than 80% of the heathland which existed in Thomas Hardy’s time.  Roads and construction projects currently threaten hundreds of irreplaceable ancient woodlands. 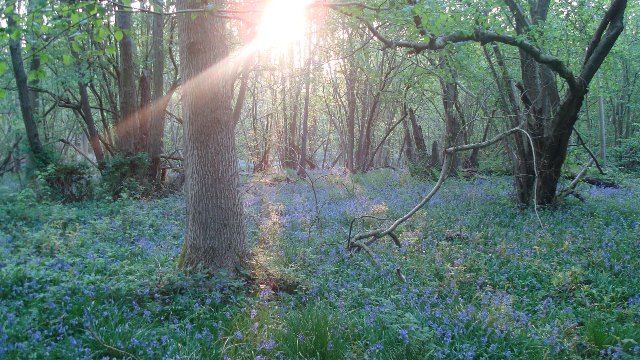 Foxley Wood – Norfolk’s largest Ancient Woodland.  A place of magical feeling that has almost certainly never been anything but woodland.  It carries a unique cargo of wild plants and animals.

This is one reason why we have established the Fairy Meadow Fund.  There are grounds for hope that we can all help repair some of the damage.   Lots of research and experimentation shows that it is possible to ‘rewild’ areas and bring nature back, as, with a lot of effort, can many targeted conservation projects helping particular species, for instance the great work of the Bumblebee Conservation Trust.

We are only a tiny group but in recent years we’ve been raising money for a Fairy Meadow Fund.  One way is from funds we raise at the Fairy Fair and the Real Halloween – if that is, enough come along and buy enough tea and cake (it all helps).  The idea is to take some land low in nature and resow it with wildflowers to create a nature-rich but robust place where families can visit, explore and picnic.  Then over time, maybe an other and another …  We’re closing in on our initial target of £20,000 so anything you can do to help would be hugely appreciated.

What We Can Do in Our Gardens 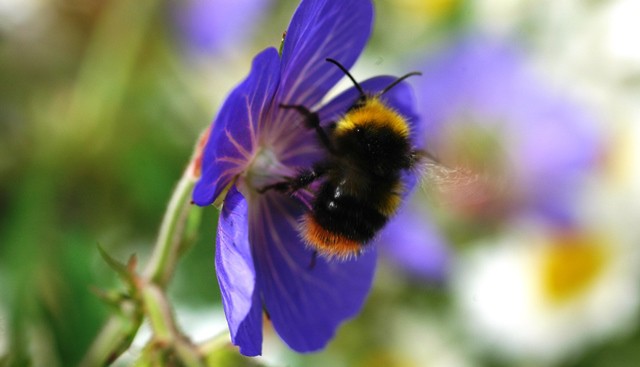 Early Bumblebee on Meadow Cranesbill, a wild flower planted in a Norfolk Garden

Many of us have gardens.  Here we are in control and if we improve them for nature it all adds up and makes a difference.   Goldfinches for instance are now commoner than they used to be because so many people supply them with Niger Seeds   Avoid pesticides (have a look at your garden centre next time you visit – many of them are arsenals of commercial chemical poisons aimed at eliminating plants like dandelions, which should be encouraged as they support wildlife), and above all, plant wildflowers.   Even a few pots of wildflowers on a doorstep or window-ledge will be found by foraging bees and other insects. 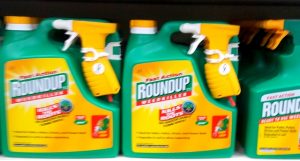 As we described in a previous blog, if we did plant wildflowers so Britain’s gardens held an average of just four square metres of wildflowers, that would be equivalent in size to increasing the extent of all the remaining traditional lowland meadows by 50% !

Because of this we aim to do more and more to encourage Fairy Gardening, which of courses means gardening with wildflowers.  More about it at the Fairy Fair.

Do it For The Children

By bringing back nature and bringing back the ability of our children to recognize and enjoy nature, we will be improving their lives.  For children who know the names and ways of plants and animals nature is like a book of stories waiting to be read, just as a library is a treasure-trove of imagination. But for a child who can’t read, a library is simply a room of books, and for a child who can’t ‘read’ nature, it’s simple ‘bugs’ and ‘green stuff’.

Many older people remember that in their childhood, clouds of moths used to flutter against lighted windows or gather around outside lamps.  Along a country lane, car headlights would light up clouds of moths as you drove.

It also used to be normal for children to find brightly coloured moths hiding near windows in the morning and to carefully catch them –as their wings are fragile – and let them go into the garden .  Such experiences are now rare, because as the BBC has reported, two thirds of our moths have been in steep decline over the past four decades.

This leaves childhoods impoverished and children’s lives diminished but it is quite easy to help bring back moths if we gardened differently, grew more native trees and shrubs in our gardens and left those chemicals on the shelf the the garden centre (that by the way, is what Fairy Training is all about).

We can all make a difference for our children.  It’s up to us. 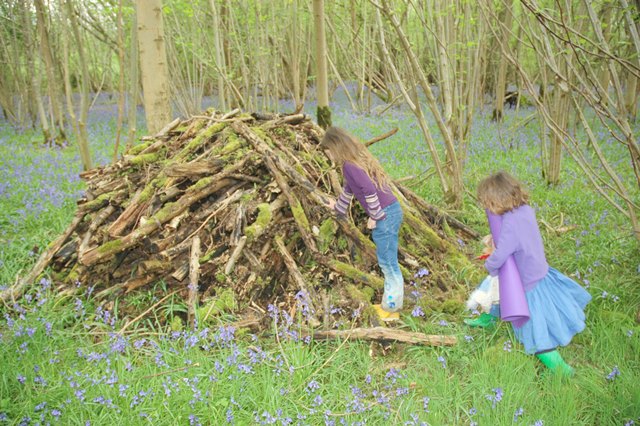 Playing at a wood pile in Foxley Wood in 2005 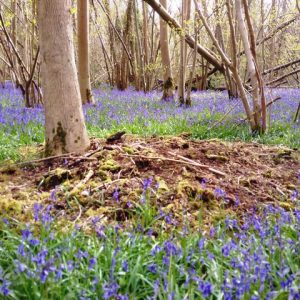 The same wood pile 11 years later.  Recycled by fungi into the rest of nature. The wood pile has gone but the memories won’t have.

And finally – a very big thank you to everyone who has been a Supporter over our first 15 years.  We could not do it without you.  If you’d like to join us as a Supporter we would be delighted to have you.  You can do so here.