Results of the Hedgehog Heap Competition 2019

We have some winners for Britain’s first ever Hedgehog Heap Competition!

A big thank you to all who entered.  This was a very difficult competition to judge!  We should have realised that the definition between a ‘house’ and heap can be a bit fluid so maybe we need to revisit the definition if we do this again next year.  All the entries had something good going for them and it shows that a terrific amount of good work is being done for our long-suffering hedgehogs.  What you are doing will inspire many others and help more hedgehogs. 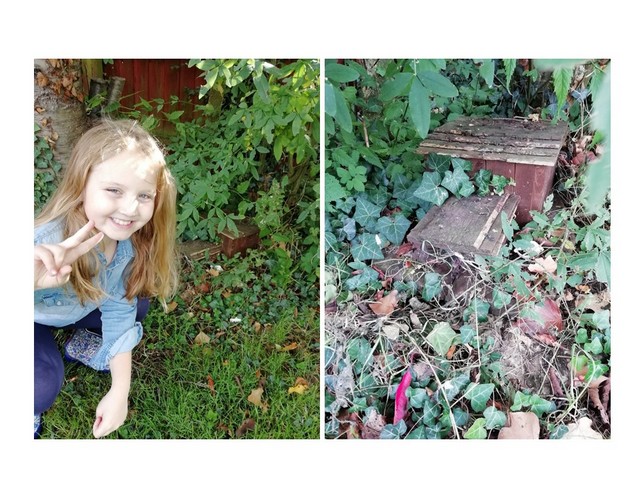 Sophia Godfrey-Cook from Snettisham with her hedgehog house “placed in a quiet undisturbed part of the garden, near the fence, trees and shrubbery”

So we are very grateful to everyone who entered:  Helen Morgan and Rhys Morgan Plowright from Market Deeping; Kate Draycott; Bec Reeve and Daniel of Northampton; Willow from Brighton; Abigail Craig; Bea and Flo Morris and Sheree Hartwell from Coney Weston; The Coleman family Darcey, Chester, Casius and Davinia from Sheringham; the Cronsheys from West Norfolk;  Mark, Alison, Neve and Martha Bobbitt from Morley St Botolph; Leila and Jodie Baston from Norwich; Sophia and Karen Godfrey-Cook from Snettisham, and David Bangs from Norwich.  We hope that we haven’t missed anyone off! 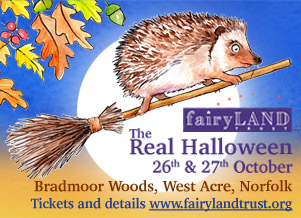 We picked hedgehog heaps out of the many things you can do to help hedgehogs because a heap of decaying plant material can provide a natural source of food, resting and nesting places. 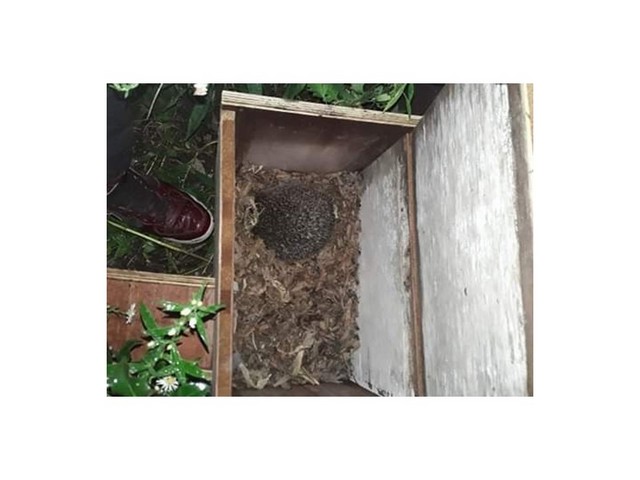 We did not rule out constructed ‘hedgehog houses’ and had several very successful examples including this one with a live hedgehog photographed actually in it !  A number of entries also explained how their house was complemented by other hedgehog-friendly features in the garden.  Well done to all.  But overall we have focused on ‘heaps’ – which came in a number of different forms, including ‘houses’ that we thought would, if left to their own devices and are added to, develop into established heaps. 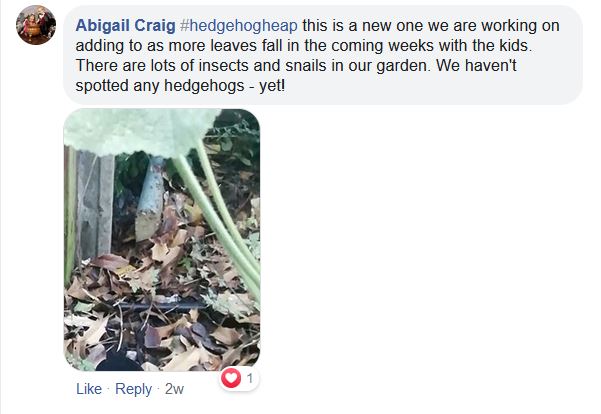 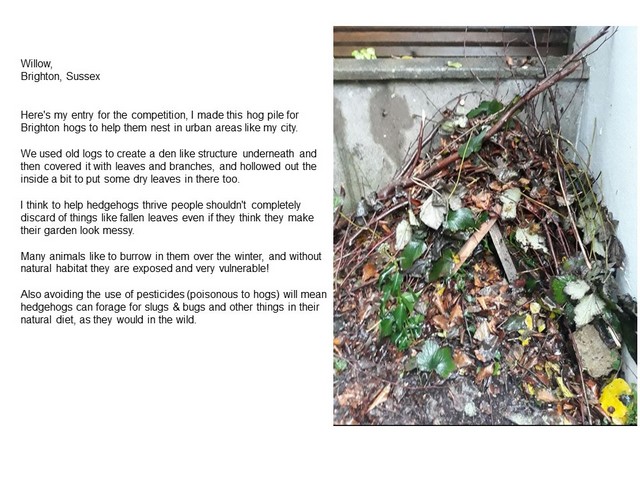 New ‘heaps’ ranged from the small and boutique to the quite enormous.  Abigal Craig’s and Willow’s will both add valuable habitat in any garden. 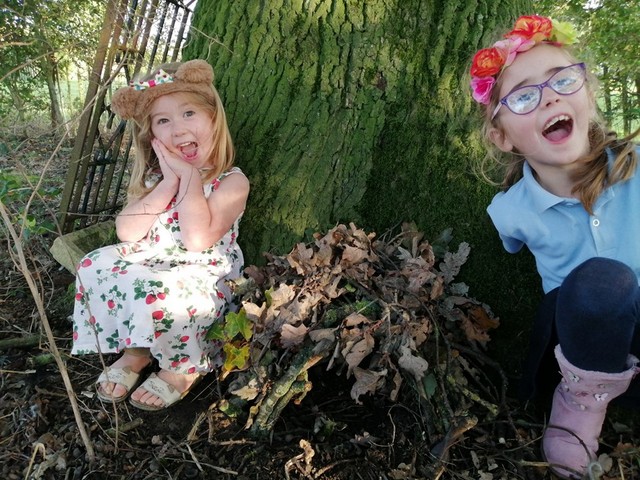 Bea and Flo Morris and Sheree Hartwell’s (above) was particularly beautiful, and David Bangs might have won on the sheer scale of the log pile once left to rot but we know him so he got ruled out.

Leila Baston’s new hedgehog heap creation.  Jodie says: “It’s made from sticks, a layer of grass cuttings, some logs around the outside and leaves from the willow tree, a fern and rhubarb plant. I have put a bowl of water nearby for drinking. I put a little bowl of unsalted nuts too. (I was going to put cat food out but I think our cat would eat it!)”

We felt all had the potential to attract hedgehogs but it came down to a choice between the Coleman family and the Bastons, and we tossed a coin – on which the Colemans Darcey, Chester, Casius and Davinia from Sheringham were the winners.  Commiserations to Leila and Jodie Baston. 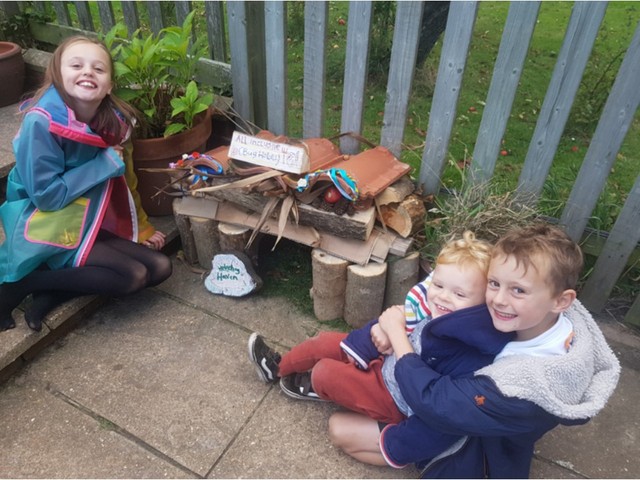 Darcey, Chester and Casius Coleman from Sheringham.  Davinia says: “We have been lucky enough to have our resident hedgehog (henrietta) visit our garden most evenings for quite sometime now. we love to capture sight of our hedgehog and we encourage this by leaving some crushed up dog/cat biscuits out however, we’ve never actually thought about building a hedgehog house before so your competition got us thinking as a family how we could do this! “ 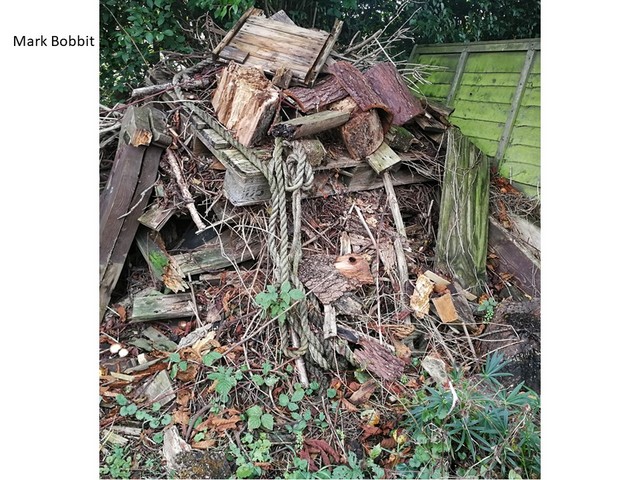 The stupdenous Bobbit heap.  They say: “It’s been there for 10 years or more and comprises of wood cuttings from the garden, pallets, rotten firewood, and DIY offcuts and it’s alive with wrigglers inside. It’s in a fairly quiet area of the garden against a hedge. It’s constantly being added to and decomposing below. It’s home to mice and presumably hedgehogs as they are frequently to be seen very close to it. Birds like to forage around it too”. 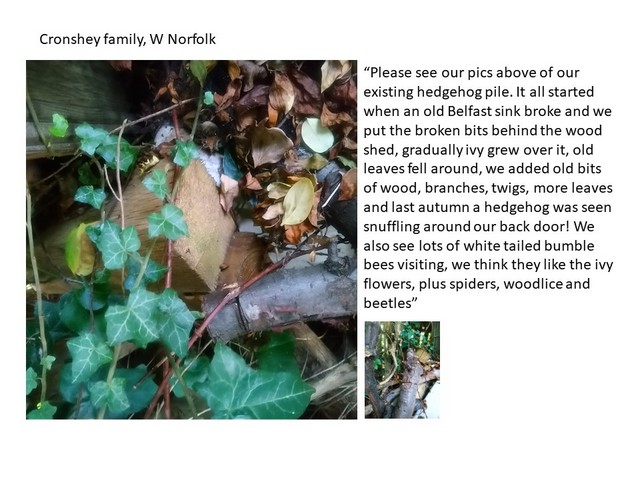 Existing ‘heaps’ included the impressively huge one of the Bobbits of Morley St Botolph, and the informal ‘hedgerow bottom’ style of the Cronsheys in West Norfolk.  Both of these will have provided excellent succour to hedgehogs and sound as if they are already in active use by hedgehogs and other wildlife.  But we picked Daniel and Bec Reeve of Northampton, whose hedgehog heap was inspired by watching the behaviour of a hog which made its nest in the garden – and has returned (or another hog has), as shown by their photograph. 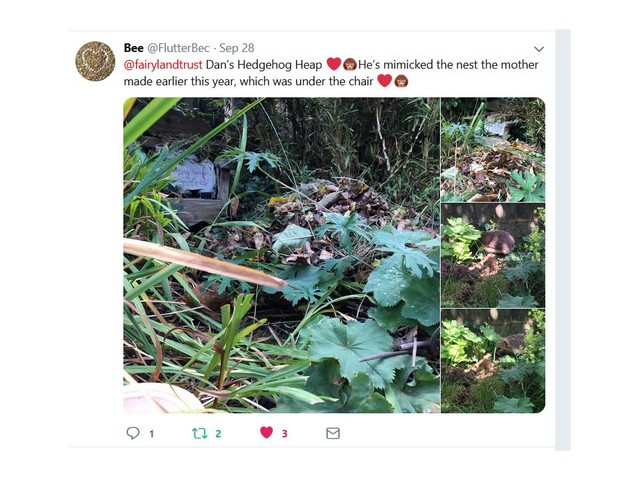 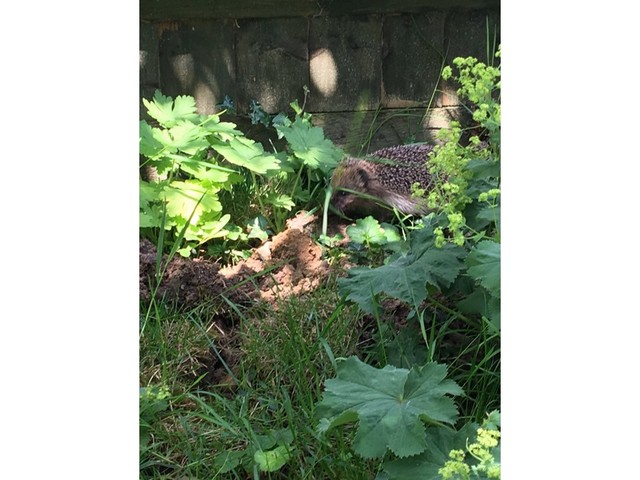 *WINNERS: EXISTING HEDGEHOG HEAP* – Daniel and Rebecca Reeve from Northampton.  They will also be awarded the *Golden Hedgehog Heap Award* at The Real Halloween (26/27 October)

So thank you once again to everyone who entered – we are sorry we can’t give you all a prize as you all deserve it.   Keep up the good work and we hope to see you all at The Real Halloween.