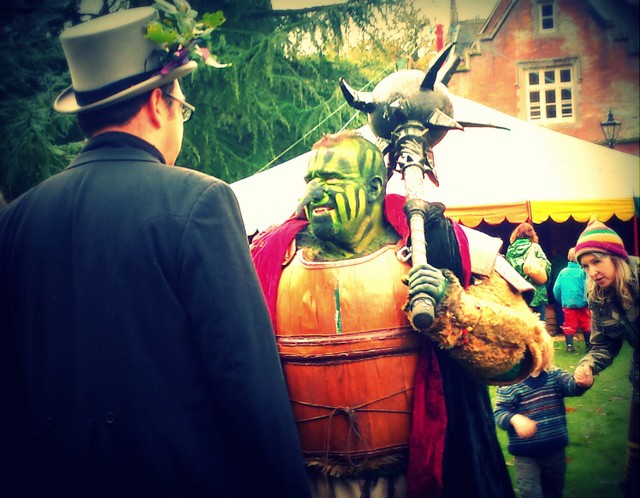 Will you meet a Troll at The Real Halloween ?

What can we say ?  You might come across one anywhere but these are the friendliest, tamest species of Troll (the Eastern Cricket Troll).  Please don’t frighten them too much or they may bolt and head South, as they are migratory at this time of year. 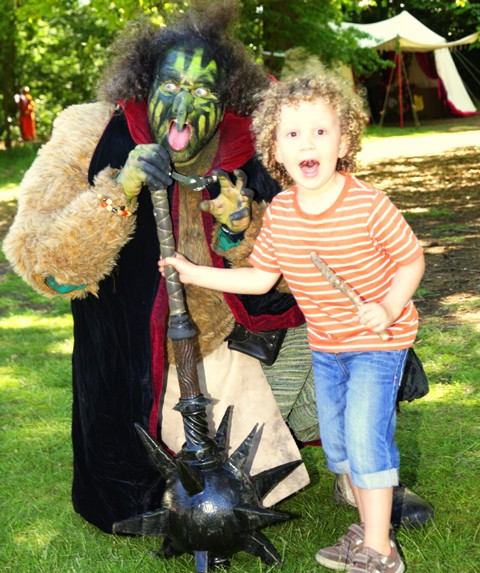 How to handle a Troll

Bernard (standing) and Brenda, our two Eastern Cricket Trolls, stop for a chat at The Real Halloween 2018 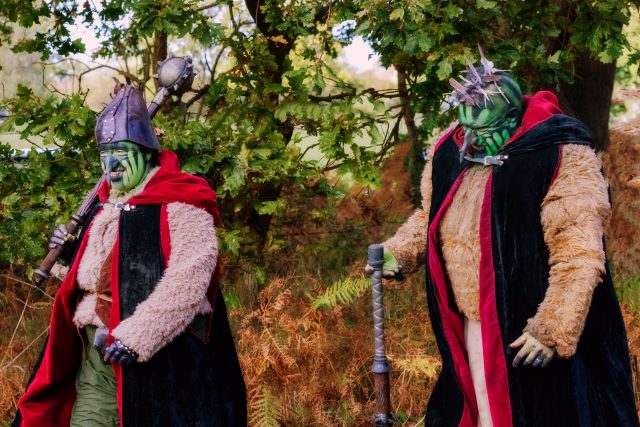 Size: Small, Medium and Large but inadvisable to investigate too closely.  As in most noble species the female is larger than the male.  This is thought to help them identify mates.

Abilities: keen sense of smell, especially of each other.  A troll can scent another Troll up to 17 kilometres away, and that’s sniffing downwind.  Even Large sizes climb surprisingly well when startled, or when after disused birds nests for salad.

Range and distribution:  Eastern Cricket Trolls are known to pass through North Norfolk on migration although some take a more westerly route via the Fens. Breeding grounds unknown but thought to be within walking distance of Skegness.  Wintering grounds also unknown but sightings have been reported from Romney Marsh.

Trolls are shy creatures and rarely give interviews but thanks to the ‘New Faces in Norfolk‘ column of the Norfolk Police Gazette (NPG) we are fortunate to have obtained these fragmentary Interview Notes.  They were recorded at an undisclosed ‘Bio-Secure Location’, following what Brenda describes as “an unfortunate misunderstanding on a chicken farm near the A11”.

NPG:   What are your hobbies ? (Brenda)  “Travel.  I rarely stops moving, itchin or scratchin abaht. Got itchy feet in the family my mum said, Bless Er.  Never appier than when I’m on the move an finding new snufflin grounds”.  (Bernard): “Me too, an of course

NPG: What are you reading at the moment ? (Brenda) “The Daily Star most days.  An’ when I’ve time I like to dip into Flies of the British Isles by C N Colyer and C O Hammond.  A classic, never bettered for a general introduction to Diptera.  I usually find something new in it.  I found a squashed shrew droppin’ between pages 97 and 98 the other day.  Quite tasty.”  (Bernard): “Road markin’s. Mainly when we migrate of course. I’ve got a collection but I ave to be selectif as they gets evvy”.

NPG: What is your Greatest Retail Disappointment ? (Bernard) “Brian Cox.  I bought a whole Brian Cox Box Set for Brenda as it woz remaindered after Christmas, finking it would be well rotten by now but when we opened it vair woz no fruit at all, not even fresh !”

NPG: What are your ambitions ?  (Bernard) “I’m very interested in the Garderobes of Medieval Churches in Norfolk.  I’m hoping to find a permanent position in English Heritage to demonstrate them to a wider public and help secure them more funding from the lottery.  No better cause exists.”  (Brenda)  “Sedimentary processes have been my lifelong love. I had a taste of Geography Teaching but some of the children didn’t agree with me, so I’m thinking of a research post.  Something tertiary. I’m quite attracted to the Charisma University in the Turks and Caicos Islands which says it ‘makes it possible for students and professionals to earn an online degree regardless of where they live, how many hours they work, their family circumstances or how much time they spend on the road’.  What’s not to like ?  But I dunno if they are still doing their MA in Comparative Sewage Treatment studies”

NPG: Thank you.  (Bernard and Brenda). “No worries buddy“.

Thanks to Norfolk Police Communications Division. 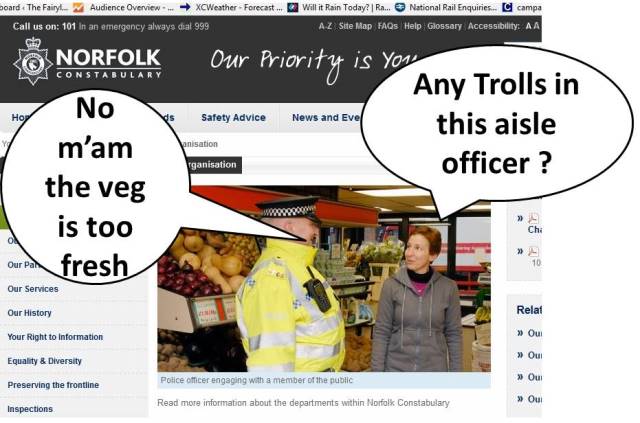